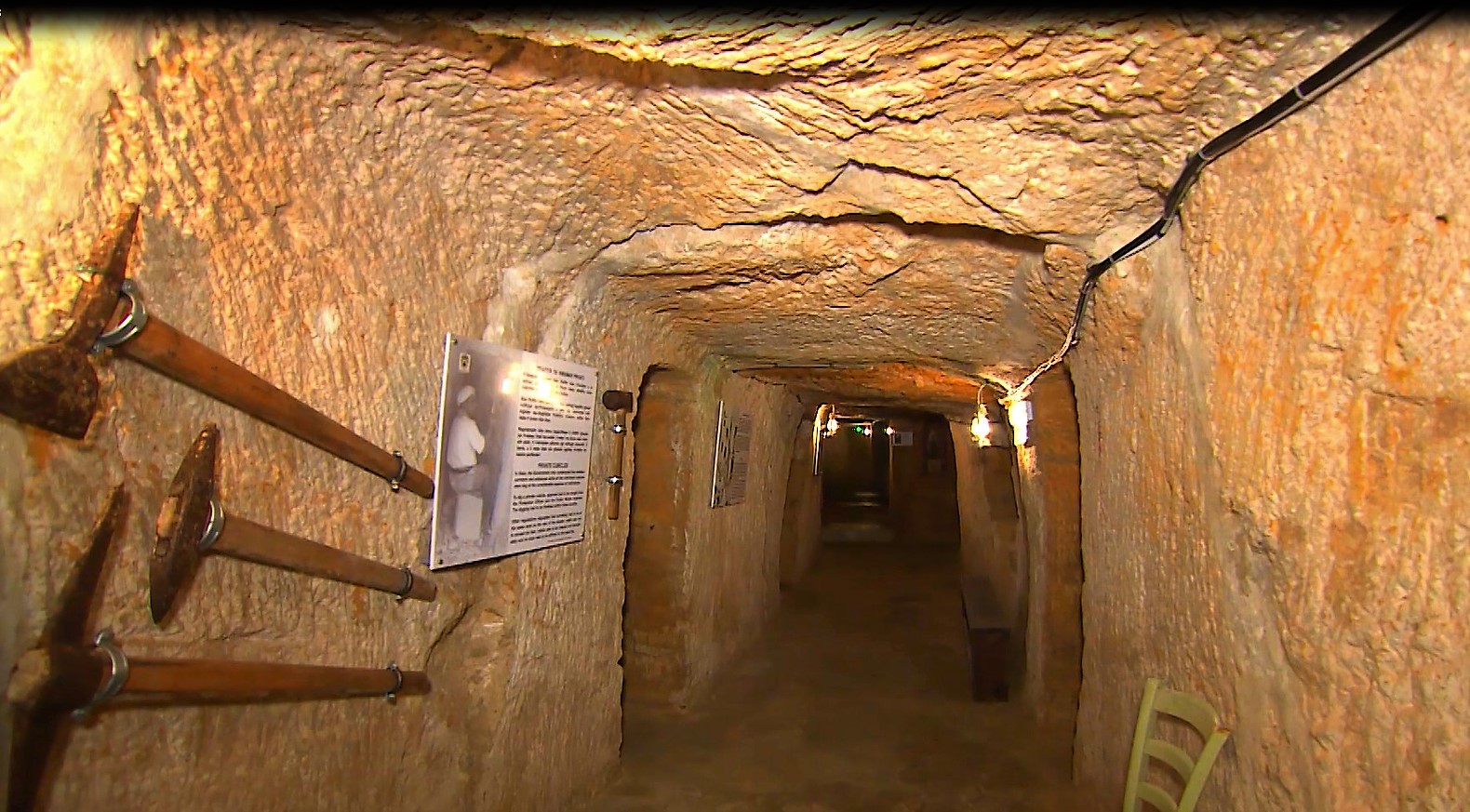 In the Public Works records, it is mentioned that around July/August 1940, some Gozitans began to seek out Government Public Works diggers to work for them too and start digging private shelters for their use. This happened as the local population started to realize that the thick walls of their homes would not provide enough protection from possible air-raids. Since the Government had not taken any final decisions about digging out public shelters, those that could afford it decided to commission the digging of private shelters themselves, as, in fact, was already being done in Malta.

This shelter complex was built in early 1941 and consists of 32 individual rooms along 150m of tunnels underneath the St. Martin demi-bastion. Its main entrance is on the main roadway up to the main gate with an emergency exit within the ditch.

The Government would only dig out the central corridors and then families had to pay for the digging of their own private shelter themselves. They had to follow certain conditions and restrictions such as the size of the cubicle, digging having to be finished within a month and no doors allowed on any of the cubicles.

The complex had been opened previously to the public on special occasions but had to be closed due to an ongoing water–seepage problem.

Once Wirt Ghawdex took on the project to rehabilitate this site, it had to tackle first the ongoing water-seepage issue. Once that was sorted, a major clean-up was started. The rehabilitation also included the installation of a modern LED lighting system with motion sensors, a sound system, several information panels, signage and staging.

Wirt Għawdex is grateful that the Ministry for Gozo shared the opinion that this complex is an important narrative of our history and provided the funding for this project.