The Mgarr ix-Xini Coastal Tower was officially inaugurated by the Hon. Minister for Gozo, Giovanna Debono. The event included traditional food and dancing. 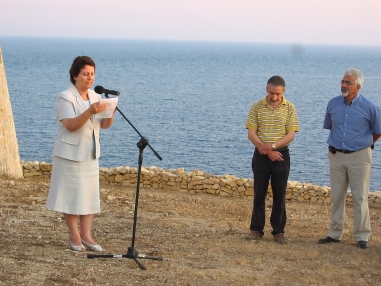 The historic tower built in 1661 to guard Mġarr ix-Xini Bay in Gozo has been open to the public following the completion of extensive restoration works.

The restoration works were inaugurated by Gozo Minister Giovanna Debono during an activity organized by Gozitan heritage society Wirt Għawdex near the same tower. The works which have been going on for several years were concluded recently in a concerted effort between the Ministry for Gozo and Wirt Għawdex.

Works included the dismantling and re-construction of the façade and corner facing the sea, which were in a very bad state of conservation and which were in imminent danger of collapse. Other works included the replacement of deteriorated stones and pointing and reconstruction of parts of the tower which were demolished over the years. Following the completion of these works, unknown persons committed vandal acts on various parts of the tower which had to be re-done.

A substantial part of the work involved was financed through funds collected from members and supporters of Wirt Għawdex, whilst the Ministry for Gozo provided the required scaffolding and workers to carry out various works including the manufacture of apertures and the draw bridge leading to the tower. 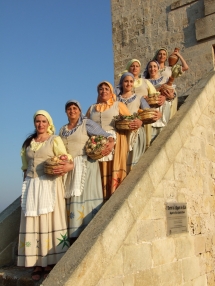 The audience present for the activity were addressed by Giovanni N. Zammit and Magistrate Paul Coppini, Executive Secretary and President respectively of Wirt Għawdex as well as Godwin Vella, ex-executive secretary during whose tenure the works were initiated. Dr Stephen C Spiteri, Superintendent of Fortifications gave a brief historical note on the tower. Minister Debono thanked Wirt Għawdex for its continued commitment for the preservation and for making Gozo’s heritage accessible to the public. The activity was enlivened with the participation of ‘Sinet’ and ‘Ta’Seguna’ folk groups.