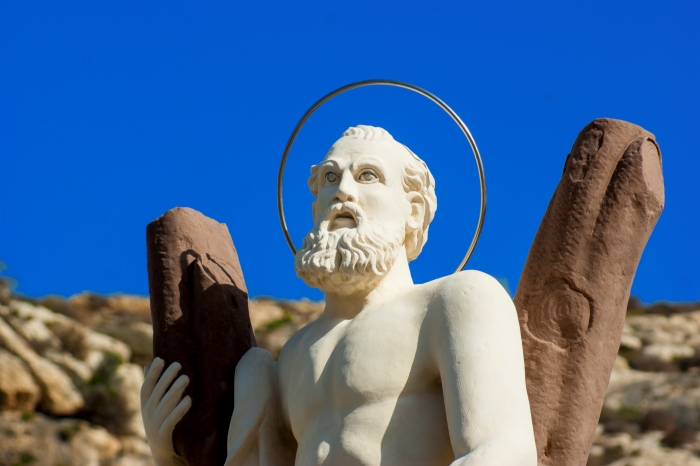 The statue of Sant Indrija, patron saint of fishermen, was erected in that area of Xlendi Bay where boats are kept on land during the winter months. Inauguration and blessing of this stone statue took place on June 18, 1882 by the then Bishop of Gozo Fra Giovanni Maria Camilleri. A marble plaque fixed onto the statue’s pedestal in 1901 indicates that the same Bishop bestowed 40 days indulgence to whomever recited prayers in front of the statue.  Devotion towards Saint Andrew still remains today and the statue is adorned with lights and flowers every November 30 in his honour.

This votive statue is constructed of local limestone and rests on a high pedestal. While the pedestal was also originally made of the same limestone as the statue, it was, at some point, plastered over with a thick cement based mortar which had adhered to the stone underneath.

While several maintenance interventions took place over the years, it was not done on a regular basis.  As a result most of the protective paint layer covering the statue had flaked off and the underlying stone was showing obvious deterioration.  This was made worse by the fact that the cement based plaster on the pedestal was causing the transfer of all water evaporation and related salt crystallization to the statue’s stone above it.

A professional Method Statement was sought and once this was in hand, restoration work could start.  The statue was cleaned and damaged paint layers removed.  Since the removal of the cement based plaster on the pedestal was not considered viable (since it would cause further damage to the stone underneath it), a damp-proof layer needed to be inserted between the pedestal and the statue.  This necessitated the hoisting up of the statue for the laying of the damp-proof material.  Once this was accomplished, the statue itself started to be prepared for restoration and repainting.  The statue and pedestal were finished in a stone coloured render while the cross was finished in a reddish brown colour in order to stay as faithful as possible to the original colours.

Finishing works also included the cleaning and restoration of the marble plaque on the pedestal, the construction of a shallow kerb around the statue (to protect it from vehicular damage) and the lighting up of the statue.

All works were completed in August 2015.

Funding for this project was a joint venture between the Ministry for Gozo, Munxar Local Council and Wirt Ghawdex. 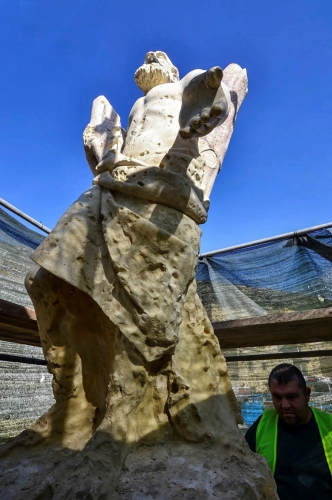 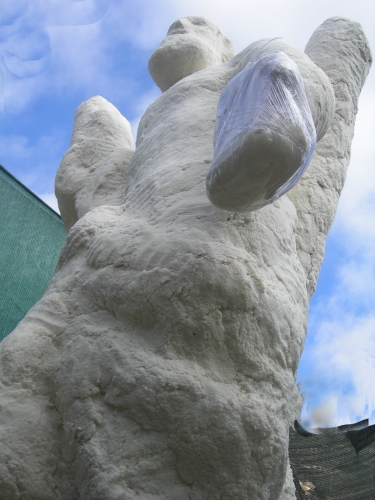 Removing salt from the statue 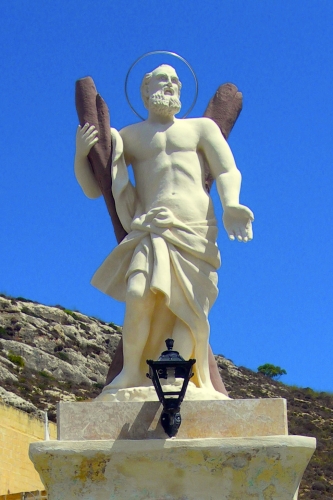