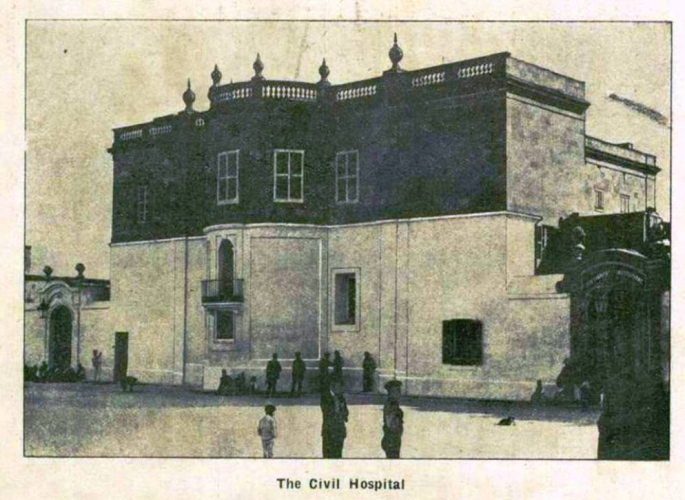 Construction of this edifice started in 1726, under the reign of Grand Master Vilhena, and was completed three years later.  It was officially named after Saint John the Baptist and Saint Anthony of Padua.  The original building consisted of two centrally placed wards with a courtyard on each side The two separate long halls measured twenty-six metres by six each and had a total capacity of 60 beds.  The wards were accessible from the courtyards and each was provided with an end chapel niche, a design reminiscent of a long tradition of hospital building in Europe.  Over the years the hospital proved to be too small for the needs of the population and various additions and modifications were carried out. By the time the hospital was transferred to the newly built ‘Craig’ Hospital in 1975, the old hospital was in a position to deal with over 800 patients a year.  It presently houses the Ministry for Gozo and other various Government offices.

A holistic approach is being undertaken in the carrying out of this restoration project and will include the restoration of the masonry, the removal of all external wiring and the assessment and restoration of all wooden apertures.

Deterioration of the façade includes powdering of the globigerina stone, discolouration as a result of biological growths, black crust formation, mechanical damage and earlier application of renders wrongly prepared with ordinary Portland cement.

The restoration is to be tackled in three phases in order to make the large area of the façade more manageable.  Works on the first part (the right side of the building) started in earnest in April 2015 and is now nearing completion.  All work is being carried out as per a very exacting Method Statement and under the supervision of two architects.

Works are sometimes slowed down due to the need to coordinate with other entities with regards to electrical wiring, communication and security systems wiring etc. but this was to be expected and resolution of these issues at this stage will save time during the restoration of the rest of the façade half.

This restoration of the façade is part of the much larger project of the complete rehabilitation of St. Francis square which is planned to be completed by 2017. 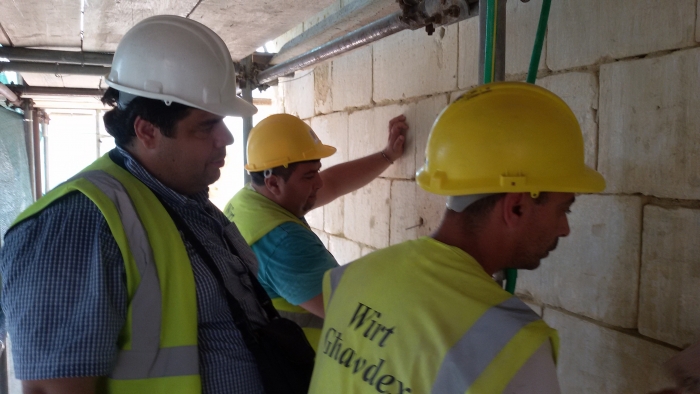 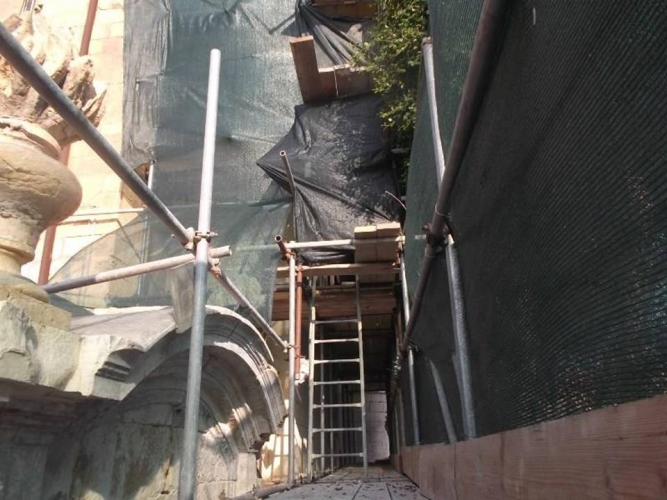